Why we stopped counting days in a row and started focusing on the big picture. 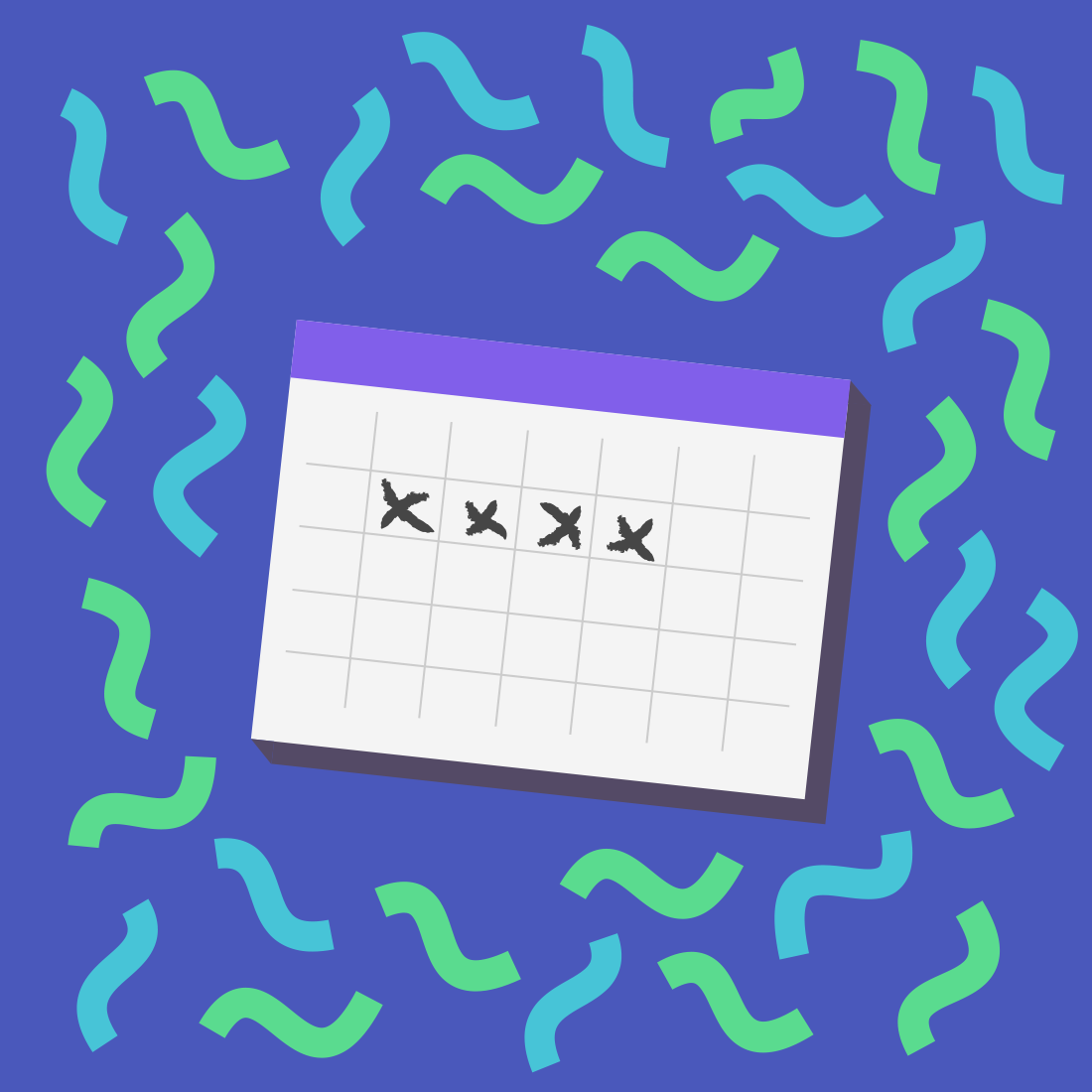 After you finish a day on HappyFeed, you've always been shown a completion screen with a random snippet and a count of the number of days in a row you've been practicing gratitude.

Last year, with some convincing from our community, we decided that the streak needed to go. So we are happy to announce that we've decided to focus on total days completed and "days in a row" is a fully optional feature. It was a small change but a big decision, and we thought it was worth sharing the story ☺️

Why did we have streaks to begin with?

Starting a new habit is really difficult. People download and delete thousands (millions?) of apps every day and never think twice. We knew that asking people to open our app every night was a big ask, and we were always searching for ways to provide an extra nudge.

We thought we could help by making HappyFeed feel a little more like a game. Tracking days in a row might encourage users to set goals like "don't miss a day in January" or "reach 100 days in a row." The app would reward them by praising their dedication with an emoji-heavy response like "WHOA! 🦄🌈".

It's not uncommon to see similar things in other apps, and HappyFeed is a "good" habit, so it felt like we had a free pass. Plus, it would be sort of fun, right?

What changed our minds?

In short, we realized that tracking days in a row was stressing out our community of users, and it was causing us to deviate from our goal to be a safe, happy place on your devices.

Our best insights almost always come from user emails. Someone feels a feeling, hunts down our email (it's hello@happyfeed.co) and courageously sends along their thoughts. These messages can be joyous, frustrated, short, long, or IN ALL CAPS. They are always helpful.

Two of the most common we received were:

Our first response was, "well, how can we fix these issues?" We tried making the 'broken' streak text more encouraging, we added flowers to the background (really), we manually reset streaks for some users, and conceived of a better algorithm to improve the accuracy of our counter.

We added flowers to the background (really).

One day we saw a message on Twitter requesting an option to turn off streaks because it was adding too much stress. That was finally enough to push us to reconsider the streak and how we might reformat or even remove it.

2) Alignment with our mission

I wouldn't be a good product manager if I did everything users asked without questioning or considering the big picture impact; so I reread the feedback and spoke with some of our most active users.

It didn't take many conversations to understand what was happening. People were actively avoiding coming back to HappyFeed after breaking a streak.

Guess what? Missing a day, doesn't ruin a new habit. We say that in an email we send about habits, but our product hasn't been reflecting that fact.

People often download an app like HappyFeed when they are feeling overwhelmed by life. Seeing three little smiley faces pop up on the screen as you reflect on positive moments is meant to make you feel better. HappyFeed strives to be a safe, stress-free place on your device where you can escape the FOMO and negative social comparison created by social media.

A motto I've had in my head since starting HappyFeed has been "don't be like Candy Crush." Games like Candy Crush suck in their users and lead to minutes, hours, and days of wasted time. They use tactics to create addictions and pull you away from things that really matter. We’d rather that you spend your free time taking a walk in the park, calling an old friend, or trying meditation. More minutes does NOT mean more value.

So if you have the option between a 4-day backpacking trip in Yosemite and trying to maintain your HappyFeed streak, please please break your streak and go camping! 🏔

You've probably noticed that HappyFeed is a lot more than just a gratitude journal. It's a place to keep all the positive moments and experiences in your life.

When you look back at a joyful moment years from now, you won't care if you were in the middle of a streak. You'll want to remember where you were, what you saw, the smells in the air, the people you were with, and if it was a cozy rainy day or bright sunny day. You'll care about how it felt, and that's the sort of information we want to capture.

We sincerely hope that the "days in a row" did help some of you get started with the habit of gratitude, and I know we learned a lot from the experience.

Happyfeed is a digital gratitude journal based on a common practice in positive psychology called ‘3 gratitudes.' By reflecting on and recording things you are grateful for each day, you are essentially rewiring your brain to focus more on the good. Focusing on good things tends to make you a happier person. 😊