4 Brain Chemicals That Make You Happy 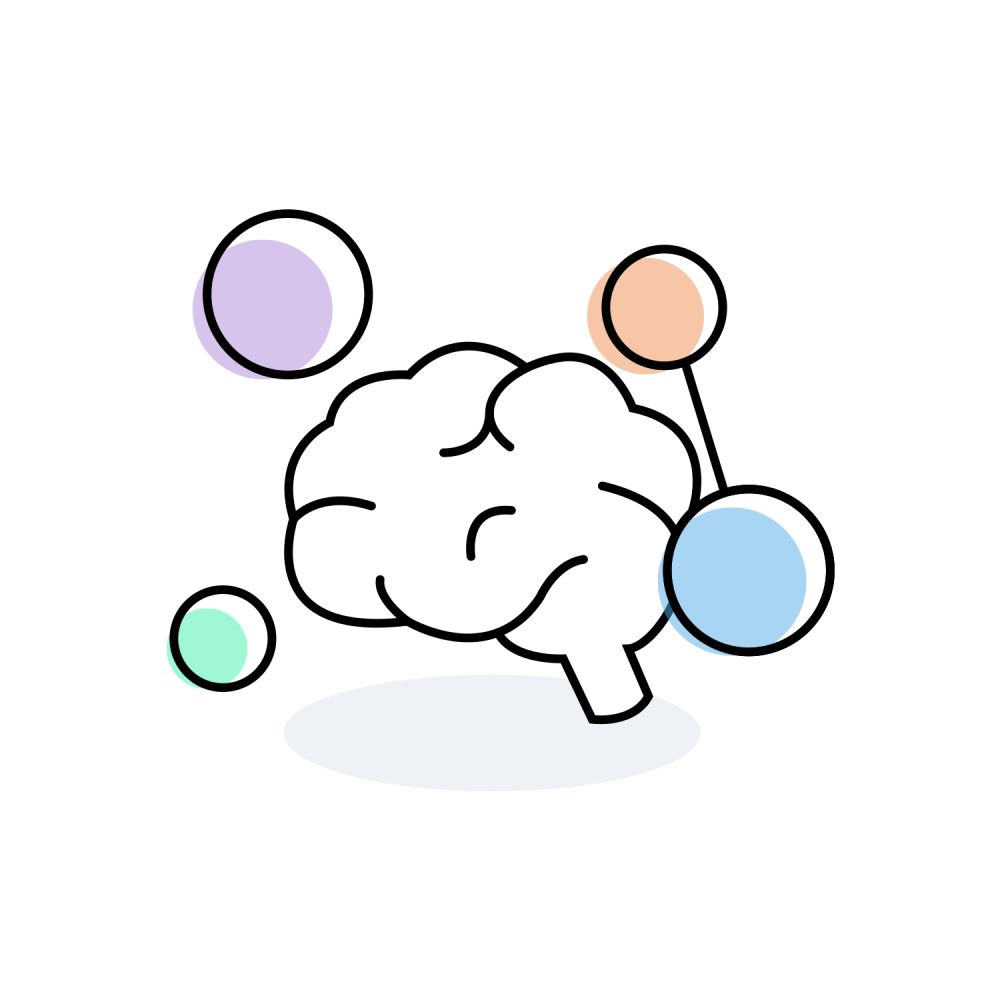 We spend a lot of time discussing ways to be happier - maintain close friendships, look on the bright side, drink more water. But we don’t often think about how we feel happiness. Did you know that the warmth you feel from a long hug is caused by an entirely different chemical sensation than the high you feel after a long run or bike ride?

So then, what’s the real cause of our happiness? What makes us feel sensations of happiness, closeness, and joy? Brain chemicals! There are four primary chemicals that can drive the positive emotions you feel throughout the day: dopamine, oxytocin, serotonin, and endorphins (sometimes referred to as D.O.S.E.).

By understanding how these chemicals work on a basic level, we can better decide for ourselves whether the latest trends will be helping or hurting our happiness. Think of this as your introduction or field guide to what these chemicals are and how they affect your daily happiness. 📓

You’ve probably heard of dopamine if you’ve been listening to ongoing news about tech addiction. Dopamine causes that little happy feeling when someone likes your post on Instagram, fill in a checkbox, or complete a small task.

Despite the bad press, dopamine is an incredible drug! It’s meant to motivate your body toward a distant goal, one step at a time. Without dopamine, early humans never would have had the motivation to hunt down large mammals and benefit from investing effort into long-term goals. Today, dopamine is what helps you get through your to-do list or motivates you to start a new habit.

However, dopamine is becoming a real problem because of its addictive nature and how closely tied it is to our bad technology habits.

Even worse, the effects of dopamine are fleeting. This isn’t the type of long-lasting happiness you’ll be able to savor, and it’s likely not the goal on your quest for happiness. It will last just long enough to get you to check another social feed on your phone or beat another level of Candy Crush.

Oxytocin is often affectionately referred to as the “hugging drug” because it is released by the brain during physical contact with others. It’s also the feeling behind love, friendship, or deep trust.1 If humans are social animals, oxytocin is one of the main reasons why.

“Oxytocin boosts our immune systems, makes us better problem solvers and makes us more resistant to the addictive qualities of dopamine. Unlike dopamine, which is largely responsible for instant gratification, oxytocin gives us lasting feelings of calm and safety.”1

How can you increase your oxytocin levels? Positive social interactions tend to be the best way to increase the output of this hormone. Working together with others, sharing a meal, giving a gift, opening up emotionally, providing full attention while listening to someone, and long hugs.

What’s especially great about oxytocin is that it often works two ways. Those long hugs give both you and the hug-receiver a dose of oxytocin. A kind gesture delivers a little oxytocin to both you and the gift-receiver.

On your search for happiness, oxytocin may be your best friend. It can help fight stress, improve your relationships, and promote long-lasting positive emotions. There’s even some evidence that oxytocin could assist in physical wound healing!2

Serotonin is another social chemical, but it functions in an entirely different way. Serotonin plays a role in the dynamics of pride, loyalty, and status. When we feel a sense of accomplishment or recognition from others, we are experiencing the effects of serotonin. This could be from receiving your diploma, crossing the finish line in a race, or being appreciated for hard work in the office. Serotonin can create strong, positive emotions.

Interestingly, serotonin can help build both sides of social dynamics. Serotonin is what motivates a leader to excel and grow their influence - to win awards and become popular in the news. But serotonin also compels their followers to do well - to not let down their leader, parent, or teacher and excel in life.

“That’s why when someone receives an award, the first people they thank are their parents, or their coach, their boss or God—whoever they felt offered them the support and protection they needed to accomplish what they accomplished. And when others offer us that protection and support, because of serotonin, we feel a sense of accountability to them.”1

Serotonin also plays a role in many crucial systems in our body beyond just our well-being and happiness. It’s believed to affect digestion, bone growth, and even organ development.

You know that feeling that runners talk about getting on long runs? The “runner’s high?” That feeling comes from endorphins. (A lot of endorphins.)

Endorphins are essentially released in response to pain. They help us push our bodies beyond their comfort levels and persist when we might otherwise want to give up.

Once you remove the pain part of the equation, endorphins can feel like a “high” or even just a nice relaxing feeling. Taking a freezing cold shower in the morning, for example, can give you a huge boost of endorphins if you can stand a minute or two of physical discomfort.

It’s even been argued that the joyful feeling you get from deep belly laughs is caused by endorphins! The contracting of stomach muscles is enough “pain” to release a few feel-good endorphins into your body.

So where do endorphins fit in with the other happiness drugs? Endorphins are the reason exercise is often suggested to help with stress. They’re the reason why starting a gym routine can help you relax after a long day at work. The predictability of endorphins makes them especially useful!

Each of these chemicals plays a huge part in the way our bodies function: physically, mentally, and emotionally. I’ve only touched the surface, and I really encourage you to learn more on your own. By understanding the role these hormones have, you can better understand how they are affecting you in everyday situations. The more you know, the more you’ll be able to take control of those effects and enjoy a healthier, happier life. Sounds worthwhile, right?

To reiterate, here’s a quick overview of these brain chemicals:

This post was heavily inspired by Leaders Eat Last by Simon Sinek. I’d highly recommend reading the book (it’s a short read) or you could just listen to this talk by Simon Sinek.

Gratitude has many benefits ranging from better sleep to improved social support. Learn more from examples from research.

📖 How to Form Healthy Habits

📖 What is a Gratitude Journal?

Learn the benefits of keeping a daily gratitude journal, plus get ideas for prompts and read the underlying science and research